My Shanghai: the Film

A documentary by P.H. Wells

Where better to announce the latest addition to our crew than at 39,000 feet? 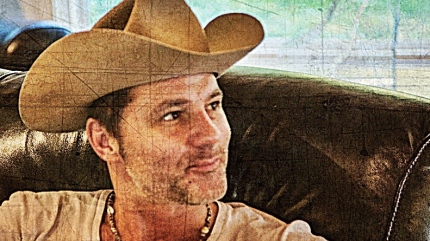 Meet Vashi Nedomansky, a Los Angeles–based editor who will handle My Shanghai’s color correction and grading.

Born in Czechoslovakia, Vashi defected to North America with his parents when he was five years old.

“My father was a professional hockey player in the NHL and my mother a photographer and artist,” Vashi says. “I grew up in Toronto, Birmingham (Alabama), St. Louis and Detroit, then graduated from the University of Michigan at Ann Arbor with a degree in Film and Video Studies.”

Vashi didn’t head directly to the movie business, however. Like dad, he took to the ice and played pro hockey for ten years.

His career eventually shifted back toward the arts. Since 2001, Vashi has edited seven feature films, including An American Carol for David Zucker (Airplane, Scary Movie), many short films and documentaries, and hundreds of commercials for Volkswagen, Electronic Arts, Bud Light, and all five branches of the U.S. military.

“Filmmaking has allowed me to cross paths and work with the most diverse group of people,” Vashi says, “and in that aspect I have been both lucky and grateful.” From an industry perspective, Vashi delivers all of his projects through post production to broadcast and distribution. From My Shanghai’s perspective, he just delivers. You’ll find more of his work at vashivisuals.com.

Oh, about that 39,000 feet — I’m en route to Austin Film Festival where I’ll catch up with my co-writer/exec producer, Joan Macbeth. My Shanghai isn’t quite ready for the festival circuit, but we are.