My Shanghai: the Film

A documentary by P.H. Wells 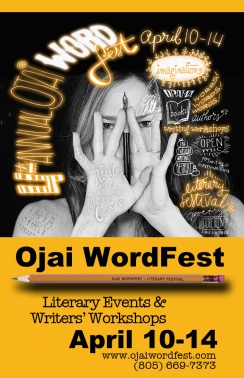 On Sunday, My Shanghai will be the focus of a seminar at the 4th Annual Ojai WordFest in beautiful Ojai, California. This awesome opportunity came at the invitation of the festival’s director, Mary Sequoia Hamilton, after she saw the film in San Luis Obispo.

April 14, 1pm – “Writing for the Screen” at the Ojai Library, 111 E Ojai Ave. (805) 646­1639 | FREE | Award-winning screenwriter Joan Macbeth will give a talk on screenwriting, adaptation, and independent film. Joan co-wrote and executive produced My Shanghai – a documentary that sold out its world premiere screening at a recent film festival [YEAH, BABY]*. She has written and optioned several scripts, and adapted a bestselling novel for producer Michael Gruskoff (My Favorite Year, Young Frankenstein). Bring your questions on what steps to take to move your passion-project forward.

One thought on “WordFest highlights “My Shanghai””